NIGERIA as a nation is of a truth blessed with different human and mineral resources. the country is popularly know as the giant of Africa as a result of its large population and large deposit of human resources. however, despite all these propensity to succeed, it is still a nation of lack and penury, the people suffer, they are killed and murdered, the justice system is monetized, the old politicians have refused to leave power instead they move from one office to another. they cross carpet from one political party to another, however, they will never change attitude. the police is a very powerful tool in the hands of these rich and highly placed people. justice is for the highest bidder, people leave like a second class citizen in the own nation

SAR IS simply an acronym for the SPECIAL ANTI ROBBERY SQUAD of the Nigerian police force, like the name implies it is a division in the police force established for the primary purpose of fighting Armed robbery in the Country. However, this special squad called SARs and its officials began to deviate from the aim of its creation. it is a well known fact that these SARS officials now handle  civil matters, ranging from simple contract to land matters, simple criminal assault and any other thing you want them to do for you as far as you are the highest bidder.

These officers harass the citizens in different category, they are involved in several extra-judicial killing of their suspects, they involve in the selling of human parts and planting of Human body parts to robe their unsuspecting victims. 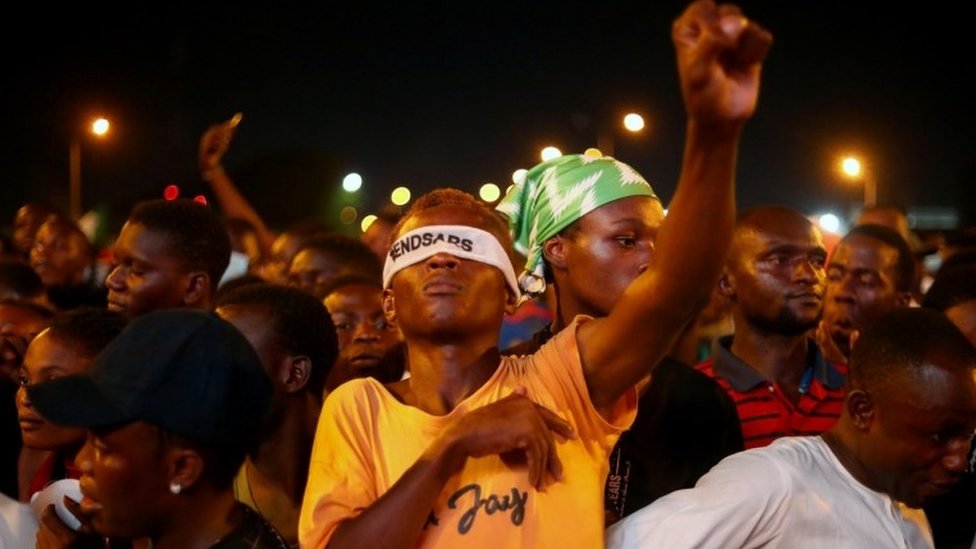 Among others, SARS officials are famous for harrassing  youths in the NAme of yahoo boy. any well dressed youth is a yahoo boy to them and must settle them or get killed without traces. ONE of the most popular atrocities committed by these SARS officers is the Killing and Dumpling of more than 50 dead bodies in EZU RIVER during the reign of Peter obi of Anambra State, the Popular JOE Mokwe case and several others. The AWKUZU SARS at Anambra state is one of the most dreaded SARS stations in the SOuth East, they kill Victims on daily basis, the then O.C SARS Awkuzu: CSP JAMES NWAFO presently on the run as the citizens has placed a bounty of 1.1milion Naira on his head. This particular CSP NWAFO  participated in the extra judicial execution of more than 500 young boys and maimed   more than 100persons. these SARS officers also move around with POS machines which they make use of in extorting and robbing their victims. these SARS officers have robbered more than 10, 000,000 Nigerians nation wide.

The End SARS protest was sparked off by the brutal killing of a young Boy at Ugeheli Delta state on OCT 2020. this protest as at the time of writing this article  has taken place in more than 28 states in Nigeria including the federal Capital territory and has lasted for up-to two weeks.

A lot of state Governors has also addressed the protesting youths in their various states, the IGP of police has also disbanded the SARS unit but immediately replaced them with a unit CALLED SWAT. however, the youths seems bent head in continuing the protest.

THE PERTINET QUESTION TO BE AKSED IS WHY CONTINUE THIS PROTEST   DESPITE THE DISBANMENT OF SARS.

In Nigeria, the END SARS PROTEST is beyond a mere audio disbandment of the SARS UNIT: it is a call for national revival, reform the police force and the policing system, pay the officers well, poor payment of workers is SARS, THE senators and reps salary being exorbitant is a SARS and must end, The non fulfilling of political promises is a SARS and most end, BAD roads is a SARS and must END, poor Educational facility is a SARS and most END, Corruption is a SARS, Looting is a SARS. The answer is reformation, transformation, restructure and positive culture that will bring development.

There is need to reassure the youths of the fact that there is a great future for them, carry them along in the leadership of the nation, let all laws and policies be people oriented.

Nigeria must be great again this nation must have a toast again, this is my country i want to be proud of being called a Nigerian but first  WE MUST END SARS AND ALL FORM OF POLICE BRUTALITY AND ALL BAD GOVERNANCE.

sweetheart is a legal practitioner, a writer, a blogger and a digital marketer

SEE WHERE NIGERIA IS BETTER THAN UNITED STATES OF AMERICA

2 thoughts on “END SARS IN NIGERIA : A CALL FOR NATIONAL REFORMATION AND TRANSFORMATION VIA A CONCERTED EFFORT BY THE CITIZENRY”

You may have missed

The importance of the 2nd Opinion :Headache & testicles:

THE NEED TO IMPROVE THE DIFFETRENT TYPES OF INTELLEGENCE

THE SPIRIT OF EXCELLENCE